The last time I blogged before my long break, I talked about going to Nigeria, Turkey and Belgium.  So anyways this is what I’ve been up to this year, travel-wise…

I basically visited 3 countries over a four week period between April and May, starting with Nigeria where I went for my friend Dayo’s wedding. This was only my second time of attending a Nigerian wedding as an adult, and my first time of being involved in the process (I was the chief bridesmaid). The whole thing took place over three celebration-filled days and it was crazy! There were hundreds of people, tons of food and I discovered/learnt about so many new (to me) Nigerian traditions. The traditional marriage/engagement ceremony took place on the Friday, the church wedding on Saturday and the thanksgiving on the Sunday. Friday was really a hard day for me, because I was so busy that I didn’t have the time to eat, and I felt completely overwhelmed with the crowd of people, the noise and the general ambiance. At one point during the day I even broke down in tears, because in addition to the stress, I was helpfully shouted at a few times, because they felt I was inept as a bridesmaid. At almost 30years old, I had never been to such a ceremony and had certainly never participated, so I had no clue!

Still, so many great memories were created during that weekend. The traditional marriage/engagement ceremony was particularly interesting for me, because I got to see so many things. The bride, being a child of two cultures, decided to incorporate bits of each side of her into the day. Her mum’s family is from Lokoja (central Nigeria) and her dad is an Ikale from Ondo state (south) and it was nice to see the aspects of both cultures represented, including the beautiful “aso-oke” worn by the bride and groom, the ululating and traditional dances, and of course the wonderful calabash music. I got to eat lots of food that I hadn’t eaten in a long time – agbalumo, kunun, wara, suya, kilishi etc. 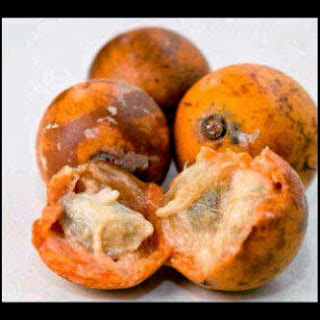 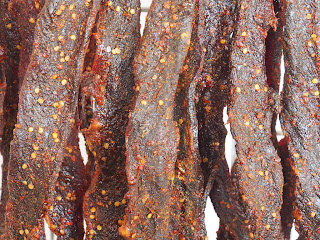 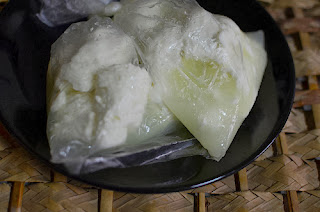 We also travelled quite a bit between Ife, Okiti pupa, Ore, Ogun state, and I went shopping with my friend at the famous Balogun market in Lagos. This market is like Peckham on steroids (I never go to Peckham because I find it overwhelming!), it feels like there are millions of people pushing/shoving you, it's super noisy, crowded and I’m sure you can buy pretty much anything there. I ended up feeling dizzy and almost fainted a few times, but I was really proud of myself for surviving such a bona fide Nigerian experience particularly since I was just recovering from an accident and wearing a neck brace (story for another day!)...

All in all, I really enjoyed my time in Nigeria, especially because I experienced/re-experienced so many things.

Next pit stop for me was Istanbul where I spent about 16hours. I had decided to fly Turkish airlines to Nigeria, even though it wasn’t the cheapest airline, because I heard that the company provides a free layover service for its clients. If your waiting time in Istanbul is more than 6hours, you get to choose between a hotel room and a tour of the city. I had just seen Argo (the Iranian revolution, Ben Affleck), which had some scenes shot in the Hagia Sophia, and was itching to go see the church. So I deliberately booked my return ticket to allow for a long layover and took full advantage of the almost 100% free trip - lunch, buses, entry fees and everything else was gratos, although I think I had to pay £10 for my visa (3month, multiple-entry for Brits). I made a few new friends, had lovely food and got to see so many wonderful places including the Blue mosque, Hippodrome, German fountain, Serpentine column, Obelisk of Thedosius, Hagia Sophia museum, Basilica cistern, Spice bazaar and New Mosque. 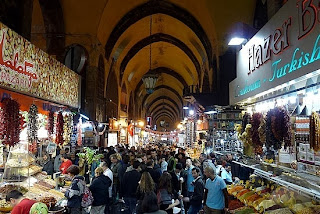 Spice bazaar (Site of my "beyoncé-ification")

One really funny (slightly racist??!) thing did happen in Istanbul, and I still shake my head and giggle whenever I think about it. We had just arrived at the Spice bazaar, when there was a bit of commotion and people started shouting Beyoncé’s name. Feeling excited about seeing her (I wondered if she was touring like me haha!), I turned my head in all directions desperately trying to catch a glimpse but then I suddenly realised that all eyes were on me. I “was” Beyoncé!!! Flustered, embarrassed and slightly bemused, I ignored them and just kept walking. It was really weird because I look absolutely nothing like her, but it was such a memorable way to end my time in Istanbul.

One week after that, I was on my way to Bruges with friends on my first trip to Belgium. Bruges is such a quaint, picturesque, lovely little city, and we spent the first couple of days walking round the city, going to museums and eating delicious Belgian food. On the third day however, we decided to do a bike tour, cycling more than 50km from Bruges all the way into Holland. We took the scenic route along the canal, going through the beautiful villages of Sluis and Damme, where I saw the famous windmill. We stopped only briefly for photos and lunch, and I can tell you that by the end of the trip I could hardly walk.! Still, I thoroughly enjoyed my first experience of a cycling holiday. 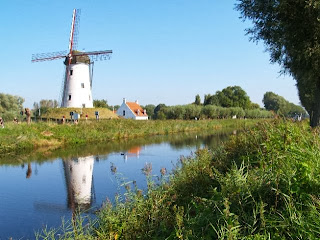 Damme and its windmill

After that month, I felt like I really needed to recover and enjoy Paris. I haven’t really travelled much since then except to London for the unmissable Notting hill carnival in August, Kent to see my parents, and just this week to Utrecht for a friend’s PhD defense/party.
Posted by Clara at 00:06 4 comments

It’s been almost exactly 9months since I last blogged. Looking back, I can see that this coincided with my becoming settled in my new relationship and life in Paris, in general. So much has happened since last year when I blogged more regularly, in that time I've made many friends from all around the globe, travelled loads, changed jobs twice and fallen firmly in love.

I recently changed a few things in my life, and this has made me reconsider leaving the blogging community. I felt like I needed to document my new "journey."
So anyway I'm back and hoping to stay for good, this time.
Posted by Clara at 13:01 0 comments