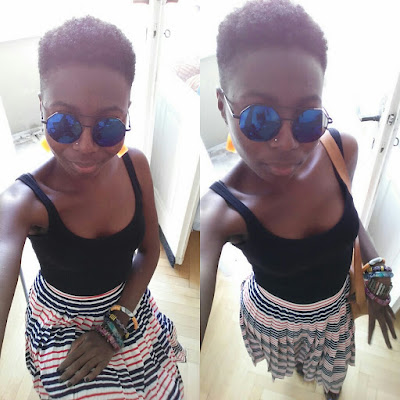 Off to explore the city! 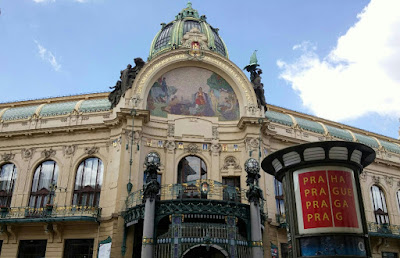 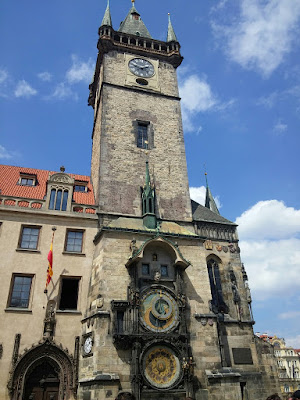 
I hadn't even heard of this until today, yet was amazed when I saw it and heard the history behind it. Apparently the clockmaker Hanuš was blinded (with his tongue cut off to boot!), on the order of the Prague Councillors who were worried about him repeating his work in another city, and therefore causing Prague to lose it's glory and trade. He in turn took his revenge by throwing himself into the gears of the clock, and so damaged it, that no one was able to repair it for the next 100years!

The upper time plate has an astronomical dial that indicates the position of the planetary bodies, in addition to the "normal" time, while the calendar plate below indicates the days and months of the year as well as the zodiac signs. Best of all is the fact that when the clock strikes on the hour, there's a little animation that happens with it, truly a masterpiece of technology. Wikipedia explains it well.


"The four figures flanking the clock are set in motion at the hour, these represent four things that were despised at the time of the clock's making. From left to right in the photographs, the first is Vanity, represented by a figure admiring himself in a mirror. Next, the miser holding a bag of gold represents greed or usury. Across the clock stands Death, a skeleton that strikes the time upon the hour. Finally, the Turk tells pleasure and entertainment. On the hour, the skeleton rings the bell and immediately all other figures shake their heads, side to side, signifying their unreadiness "to go."" 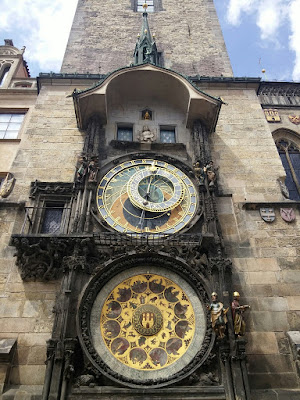 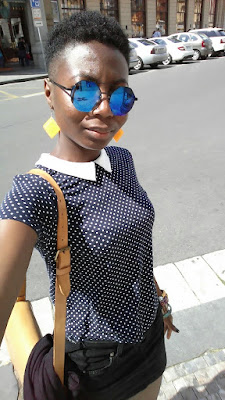 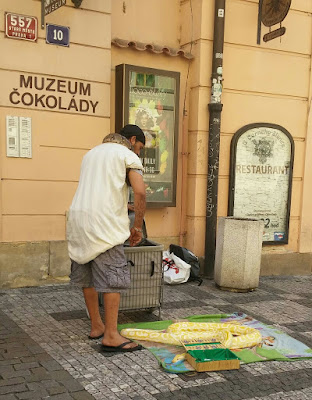 Snake charmer?! Yes, those are real pythons. Got close enough to take a picture then fled! Can't come and go and be saying ngbati ngbati later, abeg telling "stories that touch" is not my portion jare. 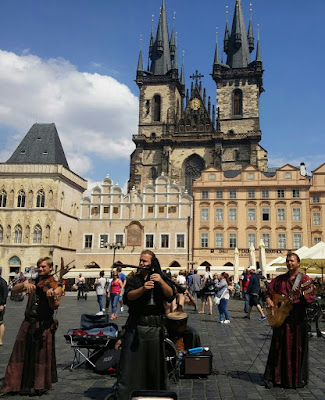 Ran into this group, playing beautiful traditional Czech music in their traditional outfit. I posted a clip on my Instagram page, it was so lovely, I wish I took their name! 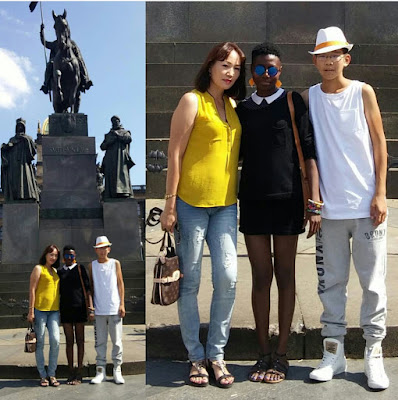 And I saved the best for the last, two incidents that made me go hmmm?!


First one happened today, when a family of Chinese tourists came up to me and asked for a picture. I was like yes of course I can take a picture of you guys, but what she actually wanted was ME in the picture #dontjealousme. I kukuma said yes, and gave her my phone to take one for me too...maybe I'm destined to be famous in China, or at least among that family's entourage lol!)


Second one happened yesterday while T and I were out. As you do when trying to find something, he wandered off, while I walked slowly behind him, all the while keeping him in my sights. Suddenly, an older "gentleman" appeared by my side and decided to "help" me find T. The following conversation occurred.

At this point, T notices and walks back, and the guy suddenly loses his balls and starts spewing some crap about me being lost and him kindly trying to help me #awonfakeknightsinshiningamour. I have kind of wondered if both incidents happened because I am an incredibly attractive young thing ;) but I fear the truth is likely to be more unsavoury. They probably occurred because I'm black, and the weird thing is, I'm not quite sure how to feel about that.
Posted by Clara at 20:55 4 comments

It's that time of the month again, and as expected, this edition of Clara's Travel Tales takes place in Prague, my new favourite city. T moved here just over 6weeks ago, and this is already my second visit, because of course we like being together, but it's also because I really really love the city. When he lived in Brussels, although I sometimes felt it wasn't a beautiful city (poor little Brussels is no competition for Paris or London!), I felt right at home there. When he moved on to Vienna, everyone told me how wonderful the city was, but I was disappointed when I visited, because in spite of the amazing beauty of the city, I was never able to truly enjoy my stays. It just felt so...cold and unwelcoming, like something was missing, at least that was the vibe I got.

On to Prague. I love love love the city! It is beautiful, international and feels pretty calm, basically a perfect amalgam of my three favourite cities (Paris, London and Brussels). I could even see myself living here, were it not for the language which seems daunting and certainly out of my league (you try pronouncing some of the words on the signs below!). 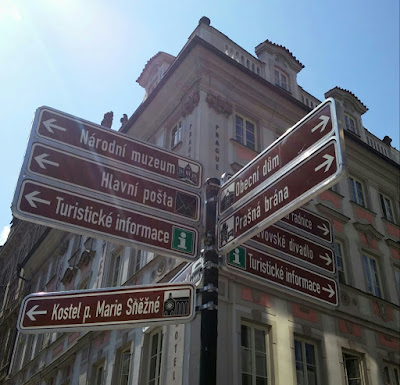 Anyway enough chitchat, as I have only a few hours left, I'm just going to do a picture heavy post of the yesterday and today's wander round the city so you can see for yourselves. Even though I did a guided tour, I didn't take many pictures of the tourist attractions, instead I was fascinated with the architecture, the beauty and the elaborate work on ordinary residential buildings. Oh and before I forget, I as usual had some funny incidents happen (I seem to be a magnet for such things!), but I'll talk about them things in part 2. Enjoy the pictures, and please click to enlarge. 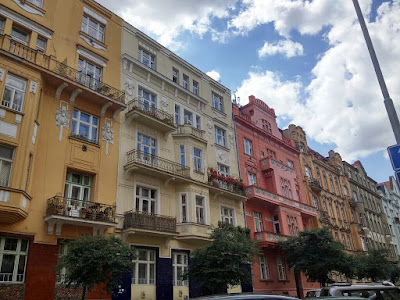 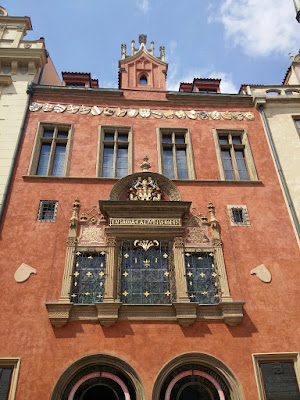 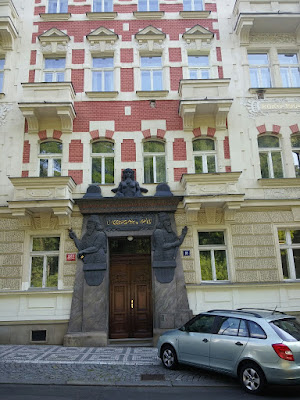 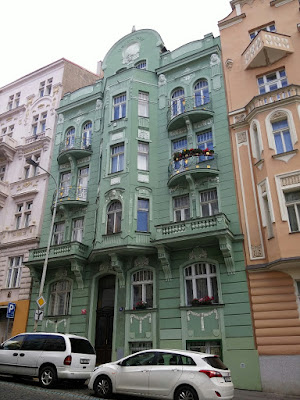 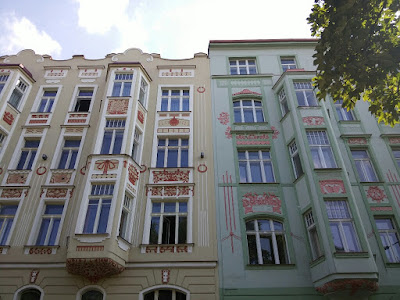 Pictures taken all over the city 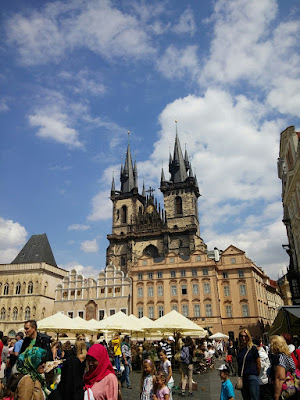 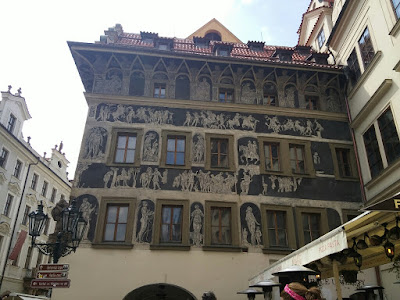 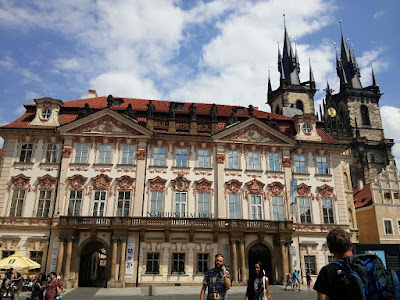 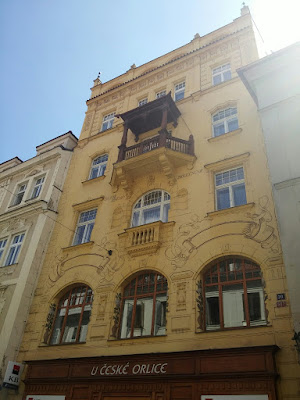 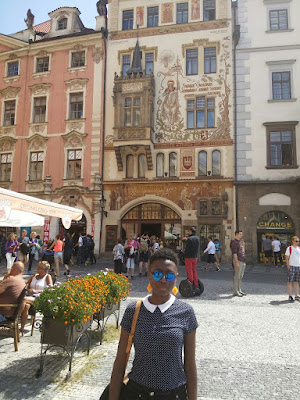 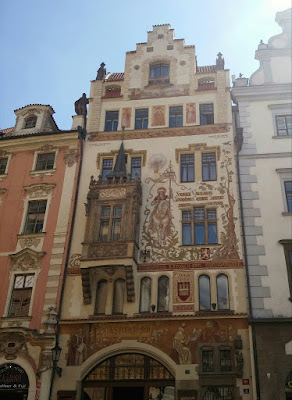 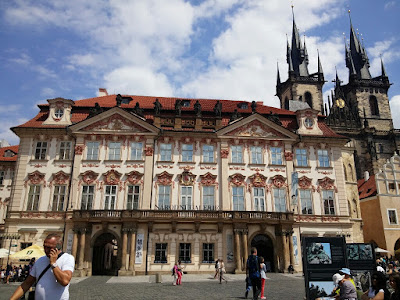 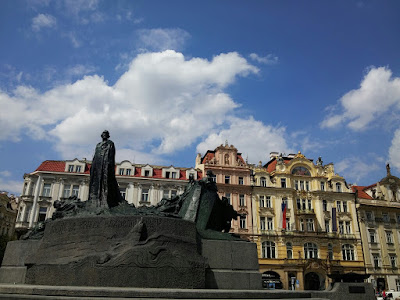 Statue of Jan Hus, the Christian (protestant) reformer
Posted by Clara at 19:29 4 comments

Hello from the beautiful city of Prague!

As some of you may have noticed, thank you Duru aburo mi atata, I have been MIA again from the blog and blogosphere in general. Life has been super busy these last few weeks, and it has been showing me pepper recently. Why you wonder? It's because I apparently have a knack for over-stretching myself.

A few weeks ago, I realised that I was reaching a plateau in my German learning, and worried about it going the way of my Italian, I decided to challenge myself by registering for the TestDaF. It is a German language exam that tests from level B2 to C1, assigning the numerical values 3-5 to the three different levels. The exam was painfully expensive, so I am determined to get a 4 (equivalent to a B2.2), as this would in theory exclude me from all future German language tests. I'm far from a B2 at the moment, and with only 6weeks to go, I am having to put in a lot of work. 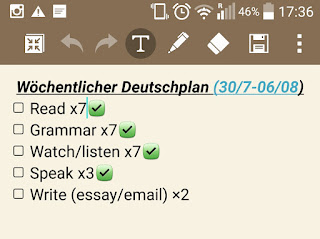 Then three weeks ago, I went back home to England because my uncle was getting married. I got to experience the Yoruba traditional wedding up close (we were the groom's representatives), and I loved it! The vocabulary, stunning outfits, customs and traditions and the theatricality of the whole ceremony meant I was completely blown away! I had previously participated in such a ceremony only once, 2years ago at my friend's wedding in Nigeria, but the stress then was so much that I decided it was not for me. However, although I could see how stressful it was for my uncle, this time I was carried away by the magic of it all, and I honestly CAN'T wait till it's my turn.

Of course in I have also been travelling a lot, as usual, because it's the summer holidays and my middle name is Ajala. This is my second time in Prague this month, for instance,  even though I have no right to annual leave in my first year of employment (the Belgians apparently like to test their employees' endurance and work-like-a-dog-ability). What this means is that I have been doing lots of extra shifts and replacements, working long periods without breaks, and then trying to group all my days off together (the last one was a 12day working streak that almost killed me!).

As you can see, busy busy busy indeed! Obviously I haven't had much time to blog, however I have been making an effort to visit people's blogs every couple of days, even if it means that I don't get the chance to leave a comment. I'm sorry about that, but it's only until I write my exams in the second week of September. Really hoping the result is worth all the effort and sacrifice...fingers crossed it is!
Posted by Clara at 18:13 2 comments