This month's edition isn't very cheery, but the world seems to be going to hell in a hand-basket, so I have no choice but to be real and write about current affairs.

So three Fridays ago, my sister was supposed to go to Paris to give a talk at a conference as part of her PhD work, but she decided at the last minute to go on the Saturday because for some weird reason, she didn't feel like staying for two nights. Thank God, because the Paris attacks happened that same Friday and she was luckily still in England and therefore protected from the danger. Not knowing that she'd changed her plans, I woke up Saturday morning at 5am for work and saw the tweets about attacks on Paris. You can imagine how scared and worried I was when I got to work and and got more information from the news. I immediately started calling my sister and my parents repeatedly, then not getting through to either party, called T and told him to keep trying. I only calmed down when he told me he'd spoken to my sister and that she was only leaving for Paris that morning.

One week later, in this climate of fear and uncertainty, I took the very early 6.25am train to Cologne to see the parents-in-law as planned. However, having left the house at 6am without checking news, I was completely unaware of the fact that Brussels had been effectively shut down because of serious threats of terrorist attacks. I arrived in Cologne as planned and spent the day having fun and hanging out with J without realising that my phone (which wasn't online) was going off with messages and calls from my family and friends. Everyone was worried about me especially because I wasn't responding, and because no one knew where I was (I had forgotten to tell my family I was travelling

). In the end I went home to T's parents who told me they'd also been worried about me and that they'd even wondered if I'd be able to come after all. I had a lovely time as usual, spending the weekend alternating between sleeping, eating good food and (window)shopping. I also got my first advent's calendar, chose my own Christmas present and got to see the first snow of the season. After such a wonderful weekend, on Monday, it was time to decide if and when I'd be going back to Brussels.

My mum wanted me to stay until Brussels was safe, and so did T's parents who even offered to buy me a new ticket. I was tempted too, but I knew I'd have to go back to Brussels soon, especially since I was already scheduled to fly on the Friday to Prague for T's birthday. The Belgian authorities didn't make the decision easy either, because they kept giving updates that contained no new information. In the end I stayed glued to the TV, watching until the last minute possible, trying to get to some sort of decision. Around 4pm, they gave an update which stated that the city would remain at high alert for another week, and seeing that I couldn't stay in Germany for that long, I decided to take the plunge and go back home. At Euskirchen a man got on the train, left his bag on one of the seats and walked away for about 5minutes, during which time all manner of thoughts had gone through my head! Then once in Cologne, the Thalys (normally almost always late) arrives 15mins early, everyone gets on and we leave on time! Apart from being the only girl in my entire carriage, the journey itself was uneventful journey until we got to the eerily empty Brussels Midi station. No metros and none of my buses were running, all the taxis had been taken, and they were heavily armed police everywhere. I even saw an army tank on the streets of Brussels!!! In the end I walked the 20mins home with my many bags, all the while bitterly cursing the terrorists for making my life stressful. 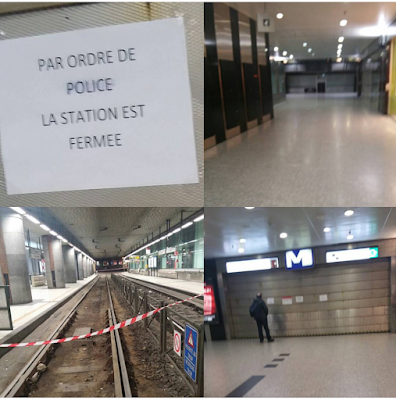 Once home, the alert level remained at the highest level of 4 for a few more days with disruptions to public transport, and schools/universities/some businesses closed until Thursday when they finally brought it down to a 3. The next day when I got to the smaller, usually-very-busy-on-Fridays airport, it was empty. Now I'm not sure if this was linked to the threats or not, but I personally found it weird. In Prague we were received by (friendly) police officers who checked our passports. It made me wonder if the internal borders were slowly being brought back into the Schengen area...? Hopefully not! And this weekend, I found out that my friends who were supposed to visit this week from Paris have decided to cancel their plans because of the attacks and threats. It made me really sad because of course this means I have to wait a while longer before seeing my friends. It also makes me very angry, because apart from killing people and sowing fear and mistrust among them, the terrorists also seem to be winning by limiting our freedom and taking away our civil liberties.

Anyways I think I'll stop here before I start ranting. Here are a few pictures to lighten the mood, they were all taken during this month's travels... 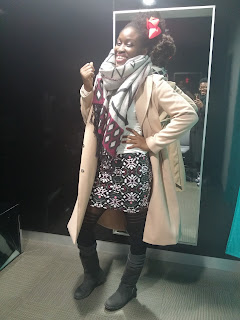 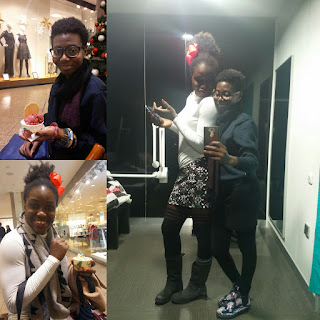 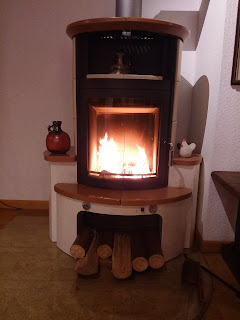 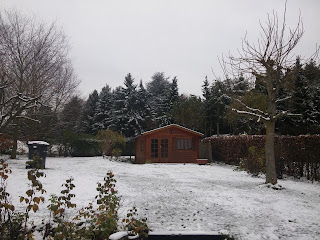 Watching snow fall from the comfort of a warm room

A weekend of good food; celebrating the boy's birthday in Prague 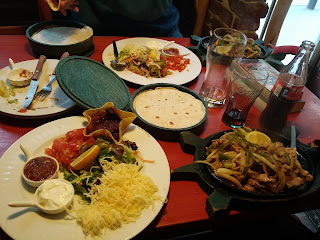 The best Mexican food I've ever had 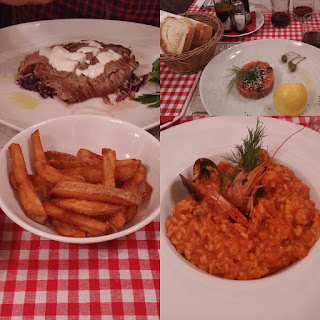 This Italian restaurant was pretty good too
Posted by Clara at 08:14