Hi everyone! Wie geht's? So, a brief sortie from my German bunker to talk about today's topic.

I have a rare day off on this wonderfully sunny Monday, so I decided (as you do), to waste some time on Facebook. And luckily too, because I saw that I had been tagged in a conversation about our old secondary school days. And my God, was it a (bad)trip down memory lane!

Ok, for those who may not know, I went to a Unity school in Nigeria. They are the equivalent of the British Grammar school, or the French's Grandes écoles, but at secondary level. You usually have to take an entrance and score above certain cut-off marks in order to make the list. You were then "randomly" allocated a place in one of the Unity schools anywhere in the country. These schools were heavily subsidised, with respect to the quality of education they provided, because the idea was to train a selection of "gifted" children, while at the same time strengthening each child's Nigerian identity (they were established after the horrible civil war of the 60's). All the ethnic groups were mixed, and as you could be sent anywhere in the country, many of the students were boarders, as many lived far away (mine was about 6hours away for instance). We had three terms, with holidays and mid-term breaks, as well as monthly visiting days, but you effectively spent a huge chunk of your life at school (from about 11-17). So with that quick explanation out of the way, today's Facebook conversation was about SOME of the scary things that happened to us. I'm just going to put up a few snapshots of the comments, keep in mind that they were actually a lot of replies and almost everyone experienced something strange. Anyways, here goes... 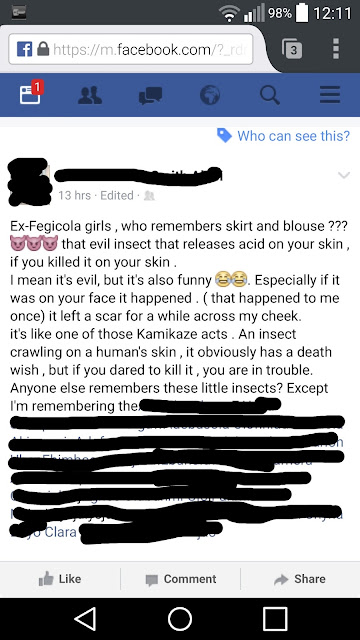 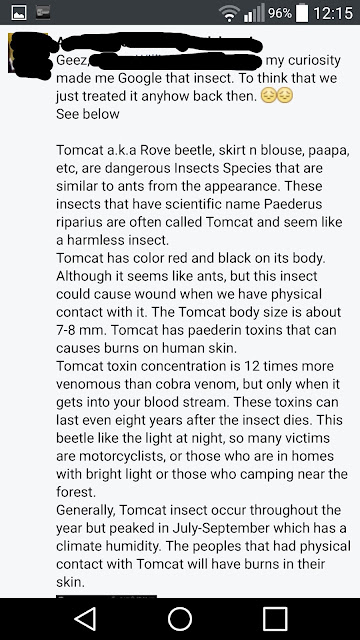 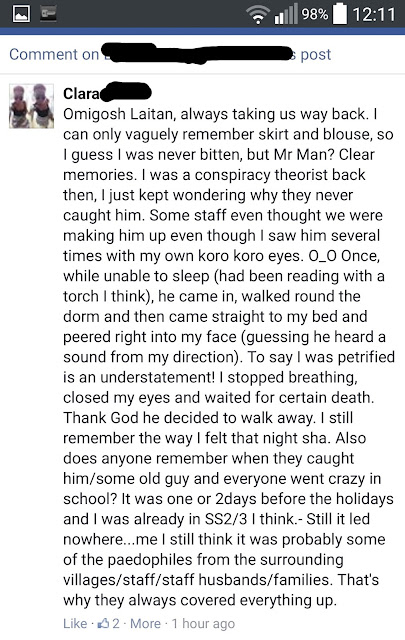 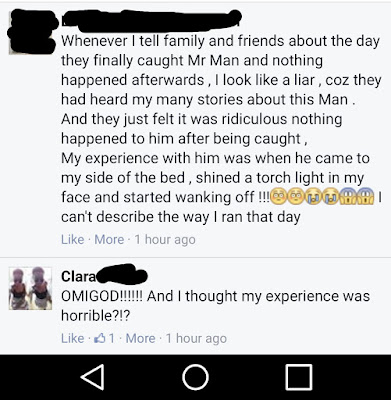 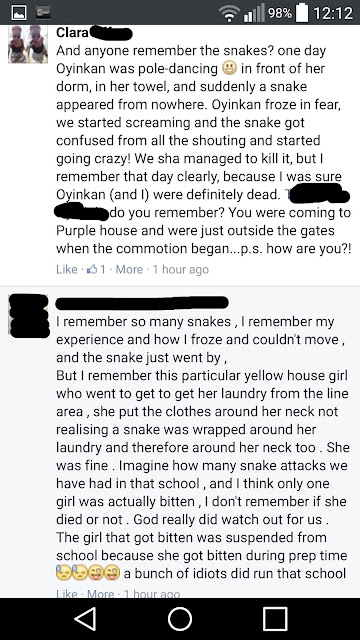 "Great" memories of exciting times indeed. Can you imagine this stuff happening anywhere else? A rampaging (or several) paedophile(s), snakes, owls, Bush babies (Galapos), not to mention the evil senior/older students and teachers in a school of about 2000young girls (no parents!!!). I still wonder how we survived, and who chose the idiots that were our caretakers?! Still I guess that's why we are all so independent, adventurous and fearless today. I mean when you experience all these things as a kid, it becomes hard for anything else on earth to faze you. So guys, especially the Nigerians in the house, any "strange" or usual boarding house/school experiences you care to share with us? Please go ahead!