I wrote this about 6weeks ago, while I was gallivanting around Eastern Europe, so the political landscape might have changed since then... I spent about 10days in Serbia and Hungary, and as usual had some pretty weird things happen to me. I thought it'd make more sense to make it into a 3-part account, so anyway here's the first one. Enjoy.

***
I don't know if any of you has been following the news recently, but in the last few weeks, Europe has experienced a surge in number of people seeking refuge. Most of the people are Syrians fleeing the conflict in their country, and this has been a challenge for the European union, especially the border countries of Italy/Greece and Hungary for a variety of reasons.

One of the most important being the Dublin protocol, which states that people must seek asylum in the first country they land in. However, the sheer numbers this time meant that a change had to happen, and after lots of negotiations, an agreement was reached about how to redistribute the people fairly within the EU, based on factors like the economy, population, country size etc. In spite of this new agreement however, many of the migrants prefer to continue on to Germany and western Europe where they feel they will get better help. As you can imagine, the combination of thousands of people arriving daily, and the fact that many didn't want to seek asylum in the border countries (sometimes less welcoming), meant that things quickly heated up. The Hungarians responded to this by closing the main station from which people were transported on to western Europe.

Ok quick explanation, as an EU citizen, I have the right to visa-free travel within the community.  I also, as a Brit, have the right to stay visa-free, for up to 90days in Serbia (non-EU). Now with that brief introduction out of the way, I'll move on to the rest of the story.

One of the negative results of the recent refugee crisis, is that local populations in some countries e.g. the Eastern European and shamefully for me the UK, have shown increased hostility to people who appear non-native (they are also of course, many in these and other countries, who have shown love and given generously to aid the plight of these people). I was obviously aware of this, and had the slight worry that I being black and obviously foreign, might have some untoward experiences, but  I'm glad to say that contrary to my expectations I able to witness kindness from one or two Hungarians. Notably the guy who paid for bus tickets and helped a family of Syrian refugees we met at the night bus station.

I arrived in Budapest at 11.15pm and by the I got out of the airport, the last metro was shut, so the only option was the night bus. As I stood at the bus station together with the other travellers, a guy in his 20s, looking almost scared of bringing attention to himself, spoke quietly with a Hungarian man. Apparently, he had no clue where he was, and was trying to figure things out. He asked the man for the name of the country and city, and asked how he could buy himself a SIM card, so he could call the other people in his entourage. He'd managed together with some members of his family to arrive somehow at the train station/night bus station and wasn't quite sure how to continue from there, and of course had no Hungarian currency. He also seemed particularly worried about identifying himself as Syrian when the Hungarian asked him some questions. Anyway, the kind (but loud) Hungarian destroyed my stereotype of "Eastern Europeans," and revived my faith in Humanity, when he loudly stated that he didn't agree with the actions of his country/government, bought them tickets and then decided to go with them (out of his way), all the way to the main Keleti station where they needed to be for further trains in the EU.

The next morning, I got to the newly re-opened main station to find it a complete mess. They were people and tents everywhere, women and young children, in what looked like a mini UNHCR installation. The air felt palpably tense, and there was a very obvious armed police presence. Even entering the international ticket halls required passports with a valid visa! I had travelled a lot, and been to Budapest once before, and this was the first time in my life I ever experience something similar. The atmosphere was quite unpleasant, and made me extremely anxious for my well-being. It also made me question my ajala ways, briefly ;) 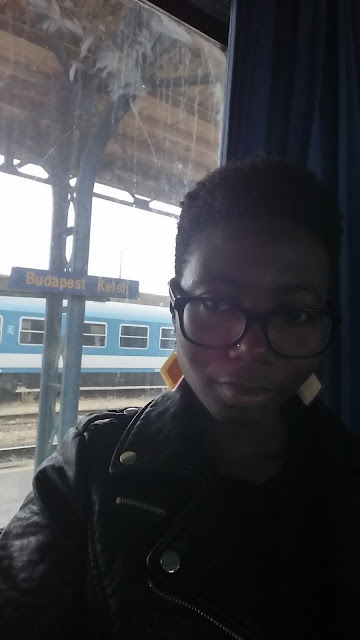 Just after boarding the train 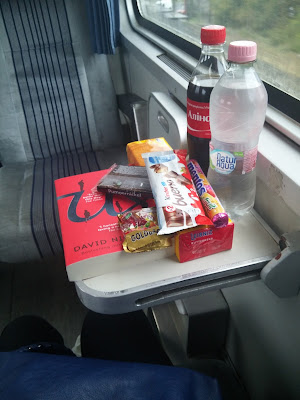 Sustenance for the 8hr journey

Anyway after all the kerfuffle, I managed to catch my train, and settled in for the 8hour journey to Belgrade. 3.5hours later, we arrived at the border town of Kelebia where the scary border police got on and checked our passports. I knew I didn't need a visit for either country, but even I got scared as they spoke firmly with passengers and kicked  people off right left and centre. After a 30min wait, we crossed into Serbia and immediately had a repeat of the passport control event. The Serbs seemed friendlier, and the lady that checked my passport even seemed nice, but next to me was another border control guy who asked a fellow passenger for his ID card and kind of insisted on it. The thing is we Brits don't have ID cards! We can only use our passports as travel documents, unlike in many other countries. I luckily have a Belgian ID, as all citizens/residents must have one, but that's obviously not a travel document for me , especially outside of the EU. In the end he sha let the guy go, thank God! 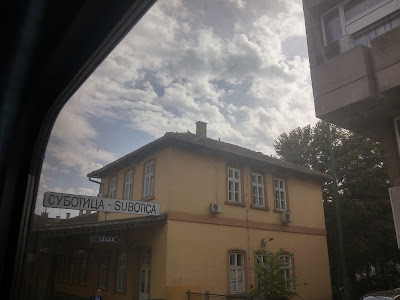 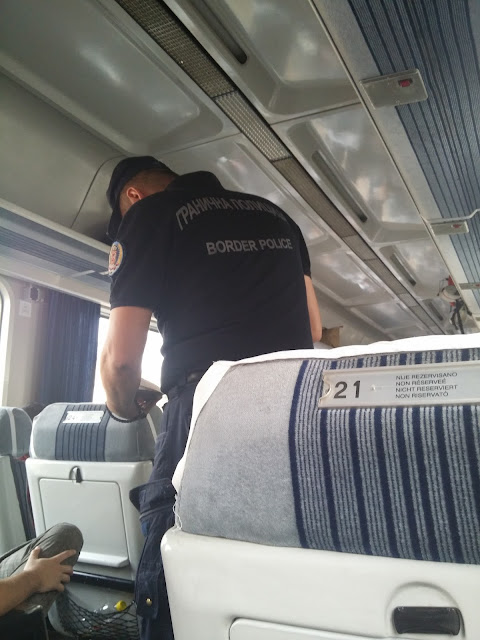 The not so nice Serbian border guard

On the way back, T called me because he'd heard on the news that interesting things were happening at the border. Me, having been off the grid and dealing with other more pressing stuff, didn't know what was happening and so was completely calm. The journey went smoothly without any excitement until we got to Subotica, the last town before crossing into the Hungary. Here the previously friendly Serbian border guards burst into the carriages with some relish and started shouting "Syria, Syria!" When no one responded, they turned to some "Mediterranean" looking guy and screamed "passport!" at him. Lucky for him, he was Italian, and was let go fairly quickly. They then checked everyone else and the atmosphere became rather tense and I scared. For the first time in my life, I was specially glad about the normally unremarkable fact that I am black! It's sad to say this, but no one shouted at me or treated me weirdly, because I did not have the "Syrian" phenotype.